Kellyanne Conway is leaving the Trump White House. Her devoted husband and arch nemesis George Conway is leaving The Lincoln Project. Both cite family – particularly their four children who are in middle and high school, about to embark on a new scholastic year from inside the pandemic – as the reason.

If your Spidey sense is tingling, don’t worry, this is not a political rant. I’m not weighing in on either side, Kellyanne or George. As most people know, SHE is a high-stakes, high-powered political operative who rode The Donald all the way to Pennsylvania Avenue; and HE is an attorney and outspoken critic of the President.

It sounds like the premise of a rom-com starring Reese Witherspoon and it-doesn’t-matter-who-else because Reese wins in the end; but it’s the real life family drama that has been playing out before our fascinated eyes since Donald’s win in 2016. Kellyanne has been the everpresent political assassin and front person for the White House, kind of like the teenage hit-girl character in Kill Bill Volume I. And like the Tarentino film, she has been great, bloodthirsty entertainment. In contrast, hubby George has been a televangelist, tearfully pleading with the Western world to take the car keys away from the recidivist drunk driver in the White House. Less entertaining than his wife but, taken together, it’s as good as any episode of Survivor.

Simply put, their joint decision to remove themselves from the national political narrative is just about the first thing they have publicly agreed on in four years.

Again, sidestepping their respective points of view, what’s most interesting to me is the move itself; the reasons cited; and the timing of the announcement. Let’s discuss:

I’m looking at this through the prism of a parent. If my kids were in harm’s way – whether by my own actions or inaction, or for any other reason – I would do whatever was in my power to devote my full and foremost attention to them. There’s nothing more important, after all.

The joint decision, which came out as two separate announcements (natch), arguably did more to humanize these two creatures than anything since we learned their names. It re-calibrates us from a reality in which tweets are omnipotent, back to one where people grow up, get married, start a family, and spend every waking moment thereafter worrying how badly each decision will mess up their kids.

The decision for not one, but BOTH, parents to resign from their paid employment in an attempt to right the familial ship is noble, certainly. But it’s equally cataclysmic. I have whiplash: “Awww, that’s really nice, they are putting their kids first. They are just like us!” to “Wait, they can both just quit their jobs and still have a house and food on the table and…how does THAT work?” Kellyanne, who is one of the most gifted and articulate oracles ever birthed – this is just objective truth, regardless of what you think of her causes – is Carol Brady one moment (“For now, and for my beloved children, it will be less drama, more mama”) and Marie Antoinette the next.

Almost immediately there was an outcry, piling on accusations of being elitist and out of touch with the overarching American middle class experience.

In an election season, at a point in time when people are literally obsessed with seeing themselves reflected in their leaders’ rhetoric, if not their actual contributions, it’s fascinating that these nuclear opposing forces can jointly opt to do “the right thing” and yet remain so freakishly disconnected from each other and from the court of public opinion, whose judgment they have shamelessly and incessantly vied for.

While the announcement was made by each parent to each constituency, individually, the reason cited is consistent: They are both tapping out to devote time and attention to their family, namely four children in middle and high school.

Readers of this blog know I am not a social media hound, or even a fan. So when I read that Claudia Conway, one half of 15-year-old Conway twins, is a Tik Tok content provider with over 600,000 followers, my reaction was one of amazement. For a number of reasons, not the least of which is my obviously limited understanding of the platform. I thought Tik Tok was a dance video…thing. Oh well.

Anyway, young Claudia has taken to social media to let people know that she learned of her parents’ decision online; that neither parent bothered to speak with the kids about their decision or motivation; that her mother “ruined her life” (who hasn’t heard that before!?) and her father is “messed up.” Oh, and that she is pursuing becoming an emancipated minor. Apparently blind to irony, her Tik Tok handle is @shortfakeblonde. 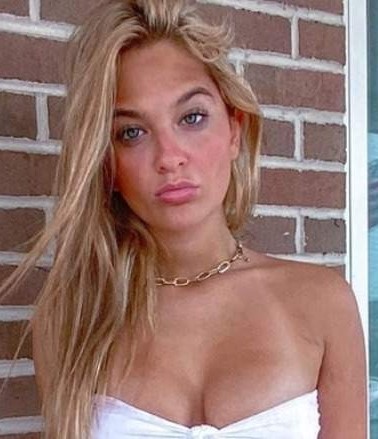 I’m not saying there’s anything wrong with how she looks. I’m just saying she’s 15, and objectively, that doesn’t look like a 15-year-old. Which has to make one wonder just exactly how much damage has already been done to these kids, who have been made to live in the harsh glare of the Beltway and the Twitterverse.

Not everyone is inclined to feel sorry for the kids, whose family life has been upended and kept in turmoil by political operative parents. There are some who are romanced by the made-for-Hollywood story line and have painted Claudia as the new Katniss Everdeen, the face of a rebellion squaring off against her mother's fascist regime. Only in America. Only in 2020.

Above I mused that the “nuclear option” of both parents abandoning gainful employment to save their children from continued harm was perhaps too big a gesture to resonate well with the people whose favor they fight so hard to curry. Now I’m wondering if any gesture, of any size, isn’t far too little, far too late.

Well, gosh. It’s five minutes ‘til the Republican National Convention. Let’s all run through the checklist one more time. OK, so we’ll kick things off with Kellyanne…Kellyanne? Has anyone seen Kellyanne?

I’m kidding, obviously; it doesn’t appear KC has jumped ship and begun the long swim to shore. But it’s curious, isn’t it? Why make the announcement right after one convention, right before the next? I can think of a few reasons, but of course I can’t know which one, if any, is true. Maybe:

Of course, none of these speak to George and his motivations, let alone any third parties or unknowns pressuring him to make the move. So maybe there is no reason for the timing other than things at home have gotten untenable and it’s simply time to fix them. Or past time. Either way, it’s an interesting moment in time for a bizarre dance held on the largest and most public of stages.

So Kellyanne and George are headed to neutral corners between rounds to consider their next move. Amazingly, despite making the same determination for the same reasons, they have not issued (as of this writing) a joint statement. Their behavior doesn’t lead one to believe they are any more aligned in their mission to save their family than they have been in their respective missions to populate the White House come January 21, 2021.

And is it even too late? If Claudia Conway is any indication, that ship – at least for the high schoolers – has sailed, and the destination isn’t Disney World. Of course if we’ve learned anything from the Kardashians, the Osbournes and the Chrisleys, there’s always a path to redemption. It’s as close as your basic cable subscription.

Grab your popcorn, folks. It’s only a matter of time before we can watch:

November 20, 2020
As I've said in an earlier post, I did not vote for Barack Obama - not once.  It was never because I didn't like him, or respect him. I just didn't like his platform, his agenda. It wasn't him, it was never personal. I thought it was great that a black senator, someone young and articulate, could energize the younger vote. I was just conservative, and didn't agree with liberal policy. I still push back on a good chunk, 50% or more, of liberal policy. But the last four years have resulted in the suspension of reality, not just tradition. As I mentioned before , I am not willing to subjugate my humanity to support the political tenets I believe in. People come first. Basic logic. Lizard-brain stuff. So yes, there have been many times during the past four years when I've looked in the rear-view at Barack Obama and admitted to myself, as well as others, "I was never once ashamed to have him as the President, even when I didn't agree with him." Feeling
Post a Comment
Read more

April 17, 2020
My grandcat is an a$$hole. I love her, and she is so pretty, but she’s a huge a$$hole. Her brother is much more lovable but he comes with his own challenges. It’s Week Six? Seven? Don’t know, time has no meaning in the Upside Down. It’s whatever week it is, and my wife should be ecstatic but she is not. She should be ecstatic because our 20-something children are home with us again, ejected from their normal lives by COVID-19. Six months ago this would have been the best possible state of affairs, together again with those closest to us. The band reunited for one, spectacular farewell tour. Of course, how could we have known that the band would be a cage match featuring REO Speedwagon, the Grateful Dead and Neckdeep, with Gilbert Gottfried as the opening act? There’s a reason no one should know how sausage is made; this is the reason. As of today, here’s who’s/what’s in my house: My Wife , trying desperately to balance working from home with not working from home. As a sidel
5 comments
Read more